Kim Kardashian‘s fight to free Alice Marie Johnson from prison is over! President Donald Trump has signed off on June 6 on freeing the 63-year-old great-grandmother from Aliceville Correctional Facility in Alabama, and she is expected to be released soon. She will be heading straight home with family. No other details about the situation have been revealed at this time.

Trump’s decision to commute Alice’s sentence comes just one week after Kim headed to the White House to discuss prison reform, as well as Alice’s case. The case gained national attention after Kim tweeted about it last summer. She has been working behind the scenes for months to help free Alice with her attorney, Shawn Holley, Ivanka Trump, and Jared Kushner.

Kim immediately tweeted “BEST NEWS EVER!!!!” when she heard about the miracle. 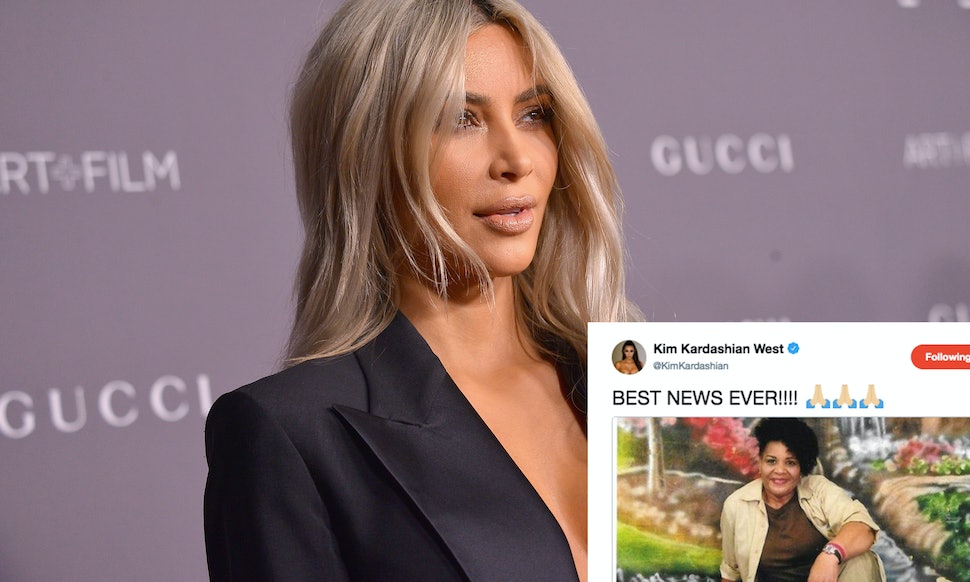 Alice has been in prison since 1997 after receiving a life sentence plus 25 years without parole for money laundering and drug conspiracy charges — her first offense. Many believed that the life sentence was entirely too harsh, especially for a nonviolent offender. Alice was convicted for her role in facilitating a cocaine trafficking operation in Memphis, Tennessee. She was sentenced after her co-conspirators testified against her in court, according to Mic.