Kim Kardashian got the ultimate belated fifth anniversary surprise from husband Kanye West on Saturday; he took her out on a date to Las Vegas to watch Céline Dion perform at her Céline show at the Colosseum at Caesars Palace. The two got to also hang out on the side of the stage and then had a private meeting with the singer.

“He surprised me with a date in Vegas with @celinedion,” Kim wrote on her Instagram Story.

She posted several videos from the concert as well as a couple of photos of her and Kanye with Dion. The Keeping Up With the Kardashians star sparkled in a white catsuit adorned with crystals, while the singer glittered in a gold bespoke Schiaparelli suit.

Kim had previously met Dion in 2011. In a 2016 interview with Billboard, she called the singer her “favorite.”

Kim and Kanye celebrated five years of marriage this past Friday, two weeks after they welcomed their fourth child and second son, Psalm West, via surrogate. 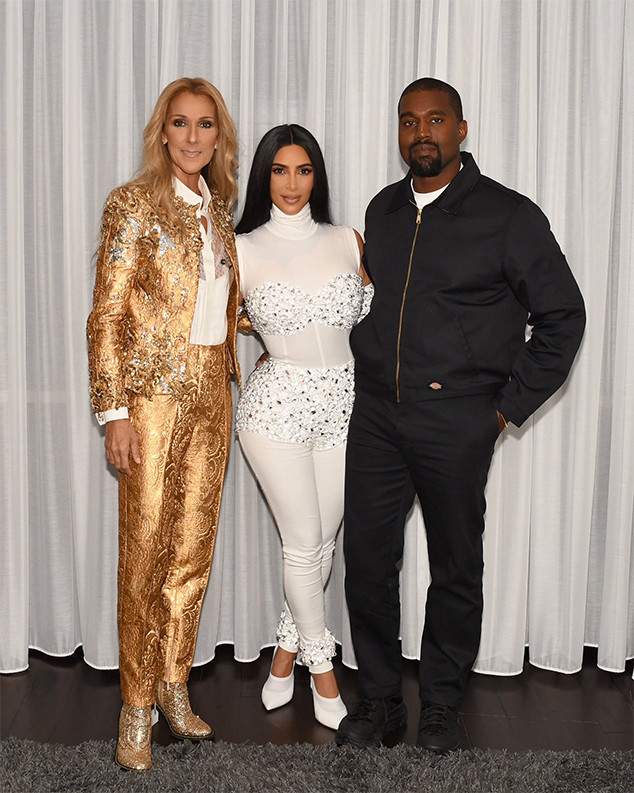 Dion’s Las Vegas residency will come to an end on June 8 after eight years. In September, she will begin touring her native Canada and the United States.
Share