Liverpool erased the disappointment of last season’s Champions League final loss by claiming the trophy for the sixth time with victory over Tottenham in Madrid.

It was Mohamed Salah, such a disconsolate figure when he was injured early in that loss to Real Madrid, who set Liverpool on their way with a penalty after two minutes when Moussa Sissoko was contentiously punished for handball.

In a final that rarely touched the heights of the blockbuster semi-finals that made this an all-Premier League showpiece, Spurs had chances but were denied by Liverpool keeper Alisson, who saved well from Son Heung-min, Lucas Moura and Christian Eriksen.

And their failure to capitalise was ruthlessly punished when substitute Divock Origi ensured manager Jurgen Klopp won his first trophy as Liverpool manager by driving low and powerfully past Hugo Lloris with three minutes left.

Spurs counterpart Mauricio Pochettino took the gamble of selecting England captain and main striker Harry Kane despite his not having played since April because of an ankle injury, replacing semi-final hat-trick hero Lucas Moura, but he had no impact.

Liverpool lifted the trophy that was taken from their grasp in Ukraine last season and now stand behind only Real Madrid and AC Milan as serial winners of this tournament, the final whistle sparking huge celebrations among players, management and the red wave of supporters 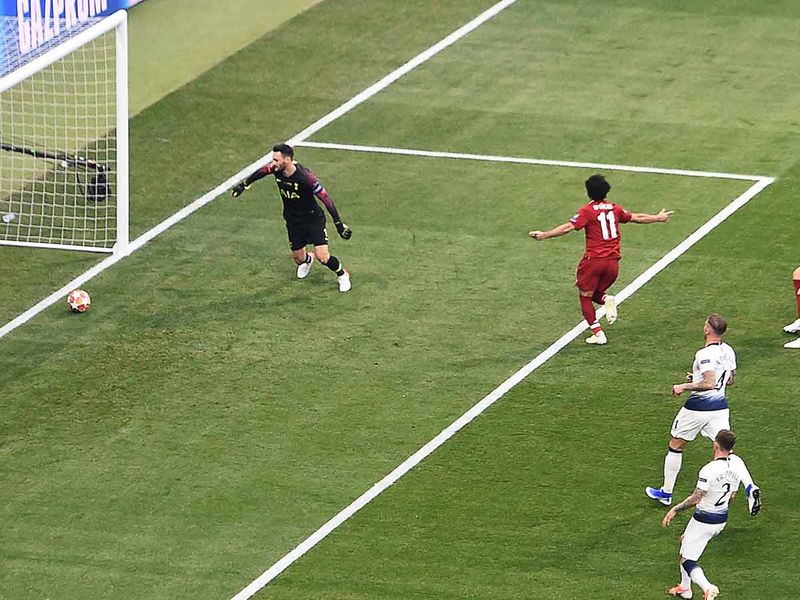 One of the enduring images of Liverpool’s loss to Real Madrid in Kiev was a tearful Salah being led off midway through the first half as realisation dawned he could not continue with the shoulder injury sustained in a tangle with Sergio Ramos.

It was a moment that changed the mood inside the stadium and left Liverpool unable to turn the tide once it went against them – so this was an occasion laced with meaning for the world-class Egyptian.

And his moment came almost instantly when he took responsibility from the penalty spot and powered the ball past Lloris.

How fitting it was that the player who has contributed so much to Liverpool’s renaissance should make such a significant contribution.

Another major difference from last year’s disappointment was the giant presence of Alisson in goal as opposed to the hapless Lloris Karius, who gifted goals to Karim Benzema and Gareth Bale in Kiev.

Here, the £67m Brazilian was a rock with his safe handling and vital interventions when Liverpool came under stress in the second half.

Alisson, along with Virgil van Dijk, has given Liverpool the extra dimension that pushed them so close to a first league title in 29 years and has now made them European champions once more. 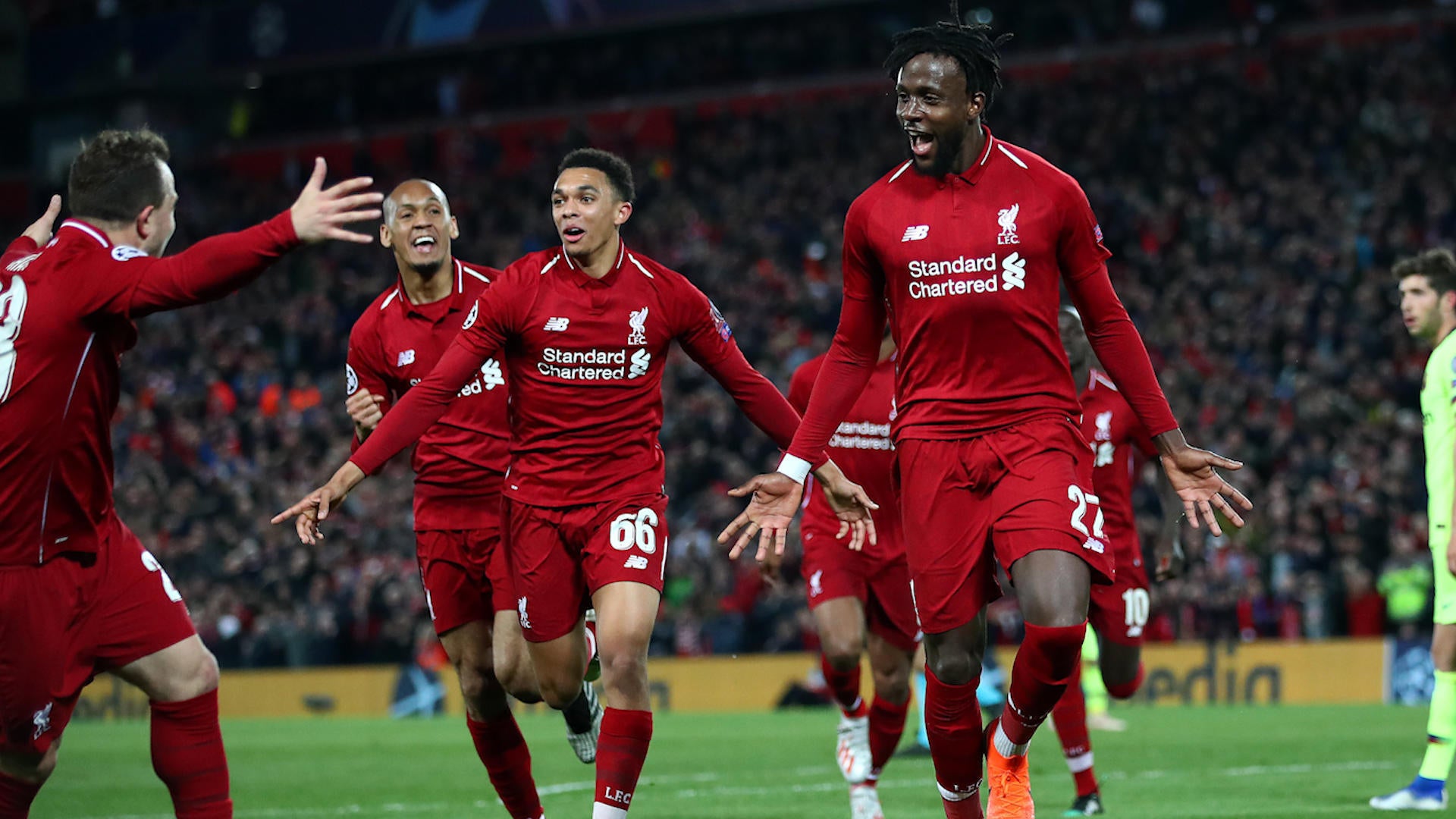 Liverpool manager Klopp knew one sub-plot to this Champions League final, played out in the searing heat of Madrid, would be his grim record of losing six successive finals.

He had lost three with Liverpool, including in this competition last season, and while no-one can seriously doubt the German’s outstanding work it was his legendary Anfield predecessor Bill Shankly who coined the phrase: “First is first and second is nowhere.”

Klopp can now cast off that mantle and instead be known as the manager who restored Liverpool to the pinnacle of European competition.

Ironically, after a season of sustained brilliance and a single defeat brought the scant reward of second place to Manchester City in the Premier League, this landmark triumph was achieved with one of Liverpool’s least sparkling performances for some time.

That will not matter, however, because Liverpool earned this glory with wins such as those over Bayern Munich in the quarter-final and the astonishing 4-0 turnaround against Barcelona at Anfield in the semi-final.

Klopp was already a much-loved figure – now his name will be written into club folklore.