Speaking to Evertontv (via the club’s official website), Silva expressed his excitement to get started:

“I’m really proud to be the new Everton manager. I’m excited and I’m really happy to take this big challenge for us as a club and for me as a manager.

“I want to express my thanks to Farhad, to the Chairman, to the Board of Directors and to Marcel as well for the confidence in my work. I know the huge history of Everton as a club and what the fans expect. I’m sure with everybody working together I will be ready for this challenge.” 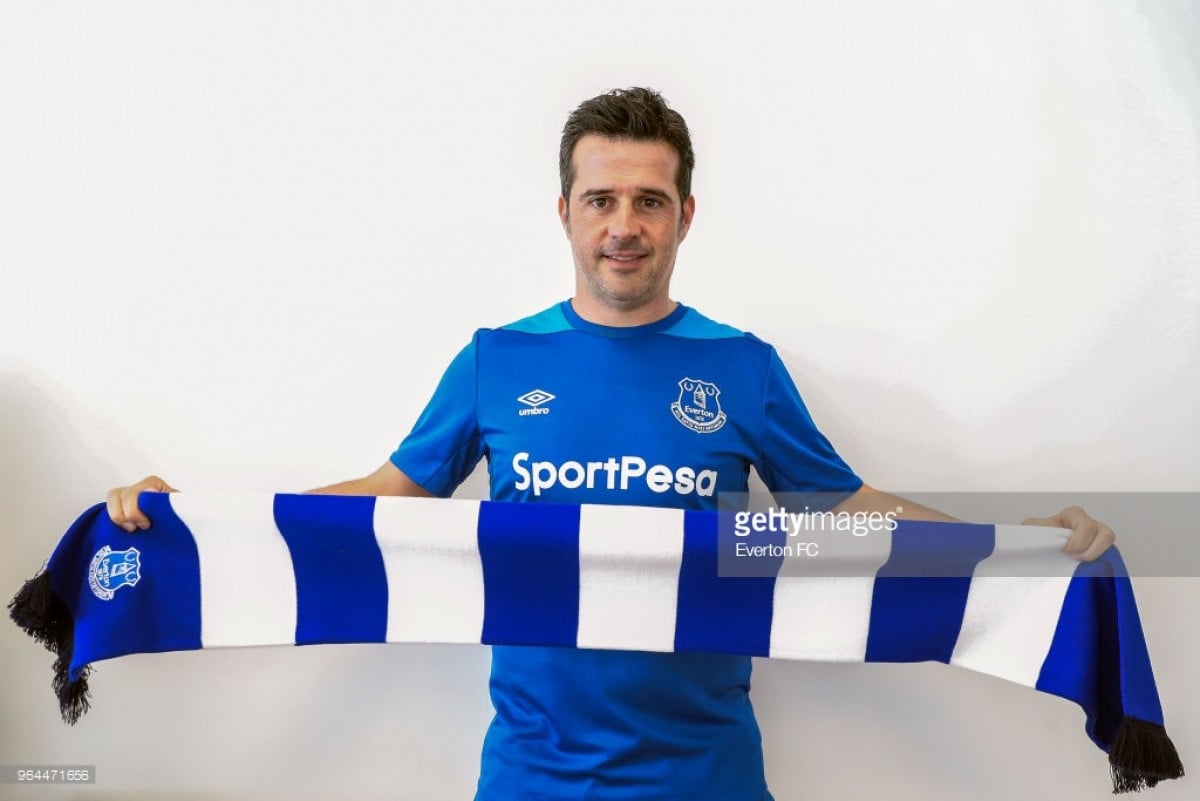 Everton sacked Sam Allardyce—who had replaced Ronald Koeman six months prior—earlier in May after he led them from 13th to eighth in the table. The 63-year-old failed to win over supporters with his approach and style of football.

Silva arrived in the Premier League in January last year, having won the Taca de Portugal with Sporting CP and the Superleague Greece with Olympiakos, where he also oversaw a record run of 17 consecutive league wins.

The 40-year-old took charge of Hull City, who were bottom of the table, but despite guiding them to six Premier League wins, he was unable to steer them to safety, and they were relegated in 18th place.

Silva then took over at Watford and had picked up 18 points by November 19, putting them in eighth, but amid speculation he would replace Koeman at Goodison Park, the team’s form suffered. They earned just five more points before he was sacked on January 21.

The coach employs bold tactics and instils focus, discipline and organisation in his sides, who typically look to pass the ball and patiently build attacks.

Excessive praise for Silva should be tempered by his struggles in his final months at Vicarage Road and the fact that, for all the improvement under him, Hull still went down. However, he remains an exciting appointment for the Toffees, who will hope to see a more positive brand of football next year.