The death toll in the wildfires raging through California has risen to 25, according to officials.

This comes after 14 more bodies were discovered in or near the decimated town of Paradise in the state’s north, bringing the number of confirmed dead there to 23.

Two more people were killed in the south, near Malibu. 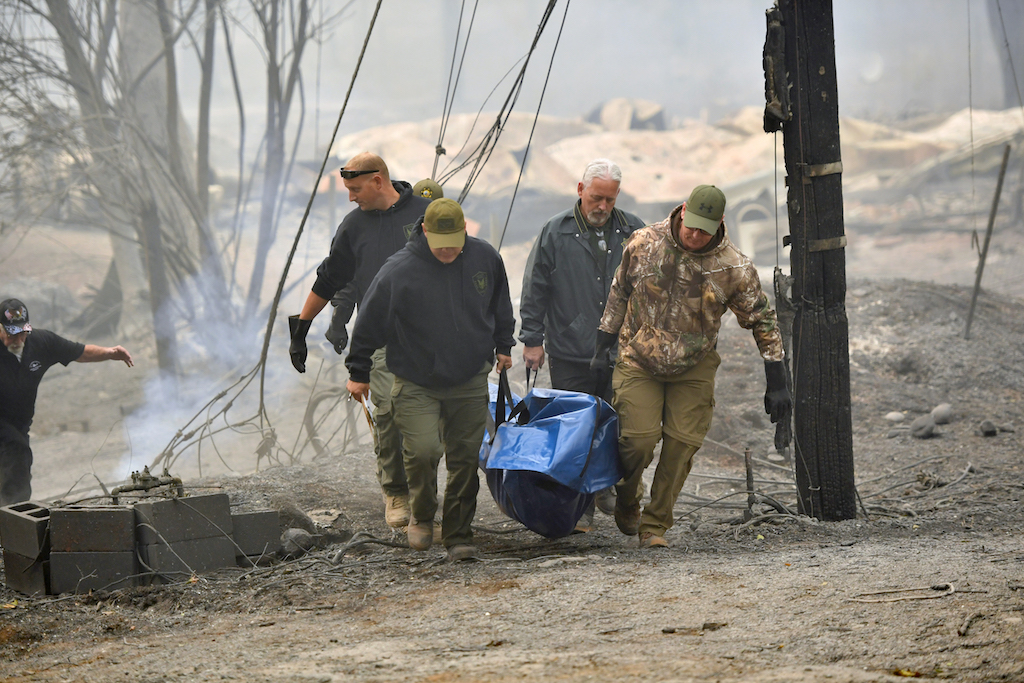 An estimated 250,000 people have been forced to flee their homes to avoid three major blazes in the state.

The Camp Fire began spreading through Butte County on Thursday, and firefighters were powerless to stop it destroying the town of Paradise.

Another fire swept into the affluent southern beach resort of Malibu on Friday and has now doubled in size.

Among the towns under evacuation orders is Thousand Oaks, where a gunman killed 12 people in a rampage on Wednesday.

Meteorologists have warned that dangerous conditions may continue well into next week, but firefighters say they are hoping to take advantage of a temporary lull in the wind fanning the flames.

The 20,000-acre (8,100-hectare) fire north of Sacramento started in the Plumas National Forest on Thursday and quickly engulfed the town of Paradise.

Residents fled for their lives as more than 6,700 homes and businesses were destroyed, making the fire the most destructive in the state’s history. The flames moved so fast that some had to abandon their cars and escape the town on foot.

Rescuers used a bulldozer to push abandoned cars out of the way in order to reach a hospital and evacuate patients as the fire engulfed the building, Butte County Supervisor Doug Teeter said.

The fire has now been partially contained.