Serena Williams outlined why she is the favourite to win the Australian Open with a 6-1 4-6 6-4 win over top seed Simona Halep in a high-quality last-16 match.

The 37-year-old American dismantled Halep’s game to race through the opening set in 20 minutes.

Romania’s Halep, 27, recovered in the second, breaking in what proved to be the final game.

Williams, seeded 16th, saved three break points at 3-3 in the decider, crucially winning the next game to seize control.

The 23-time Grand Slam champion comfortably held her next service game to edge closer, then served out for victory in one hour and 47 minutes.

Triumphantly punching the air with both arms as she gave a steely stare towards her box, Williams showed how much relief she felt at beating the world number one.

“It was an intense match and there were some incredible points, but I love being here,” she said. 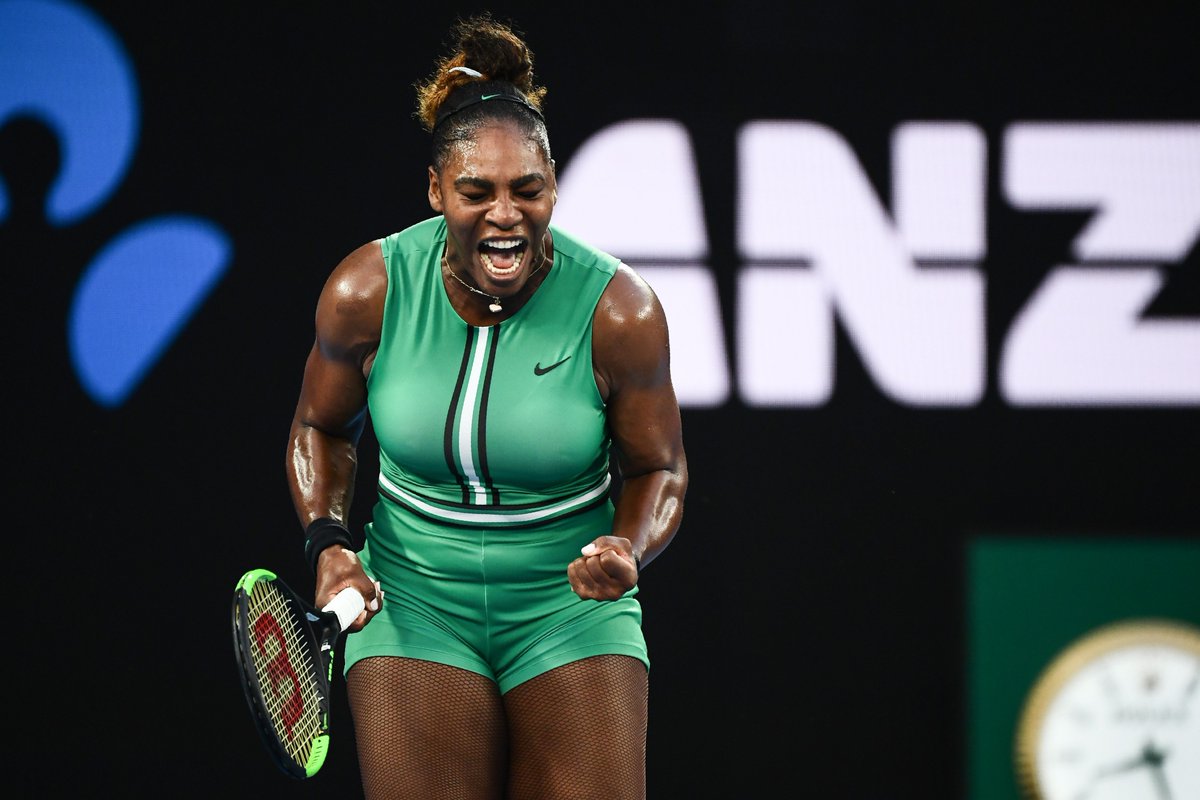 Williams, searching for her first Grand Slam title since coming back from pregnancy last year, has now won nine of her 10 meetings with Halep.

If Williams goes on to extend her record victories in Melbourne, she will equal Australian Margaret Court’s all-time tally of 24 Grand Slam titles.